Australia to reopen its borders to tourists******

Australia will reopen its borders to tourists from February 21, Prime Minister Scott Morrison announced on Monday, ending some of the world's strictest and longest-running pandemic travel restrictions.

"It's almost two years since we took the decision to close the borders to Australia," Morrison said after a meeting of the national security Cabinet.

He announced the borders will reopen to all visa holders "on the 21st of February of this year," adding, "if you're double vaccinated, we look forward to welcoming you back to Australia."

Australia's borders slammed shut in March 2020 in the hope of protecting the island continent against a surging global pandemic.

For most of the time since then, Australians have been barred from leaving and only a handful of visitors have been granted exemptions to enter.

Every month of border closures has cost businesses an estimated US$2.6 billion, according to the Australian Chamber of Commerce and Industry.

In recent months, rules have been gradually relaxed for Australians, long-term residents and students.

The latest decision will see almost all remaining caps lifted.

It comes after the country's long-standing "COVID-zero" policy was abandoned, vaccination rates rose and the once stellar track-and-trace system collapsed under a wave of Omicron cases.

Only a handful of countries remain closed to tourists – among them Japan, China, New Zealand and several Pacific Island nations.

"We're very excited about being able to reopen," said Tony Walker, managing director of the Quicksilver Group, which operates cruises, diving and resorts across the Great Barrier Reef.

"The last couple of years have been incredibly difficult for us," he told AFP, urging people overseas to "come visit".

During the pandemic the firm went from 650 employees down to the 300 it has today.

Walker said he expected "it will take some time to recover" from the past two years.

Many tourism operators around Australia are experiencing staff shortages, given how few backpackers and working holidaymakers are coming to Australia.

Despite the announcement, travel within Australia will still be restricted.

The vast state of Western Australia remains closed to most non-residents. It is currently easier to travel from Sydney to Paris than Sydney to Perth.

MADRID, Dec. 3 (Xinhua) -- Alex Martin, coach of Spain's snowboard cross (SBX) team for the Beijing Olympic Winter Games in February 2022, told Xinhua that although Spain will have a "small" team in Beijing, they have high hopes of coming back home with a medal.。

SBX sees six racers compete on a course which tests their skill and at times their ability to keep out of trouble, in a sport where the slightest loss of concentration can send you tumbling.。

"Talent, technique and tactics is the formula that we have been using in training with all our athletes in the snowboard cross team in the Royal Spanish Federation of Winter Sports (RFEDI)," Martin told Xinhua.。

He highlighted Lucas Eguibar, who is the reigning world champion, and Alvaro Romero, as Spain's two strongest medal hopes, along with Regino Hernandez, who claimed the bronze medal in the PyeongChang Winter Games in 2018.。

Martin has a degree in Physical Fitness science and a Master's degree in High Performance and has been coaching for over 20 years. He began working for the Spanish Federation in 2017 and is currently the technical director for snowboard at the RFEDI and responsible for a team, which has achieved a high level of success.。

The Spanish team recently returned from China after participating in the test event on the Olympic Games circuit, and experience Martin described as "different and very tiring."

"It was complicated," he explained. "Going to international events at the moment requires a double effort because of the care you have to take and the sanitary controls in place because of the pandemic. Maybe that was the hardest thing for our athletes in their first contact with China."

However, despite the difficulty the coach was content with the experience.。

"We learned an important lesson and after this experience, we are now better prepared to show that with a lot of effort, we are able to adapt to a global situation that needs both a physical and a mental effort," he concluded, adding that events such as the Winter Olympics should act as a motivation for everyone to work together to try to end the pandemic. Enditem。 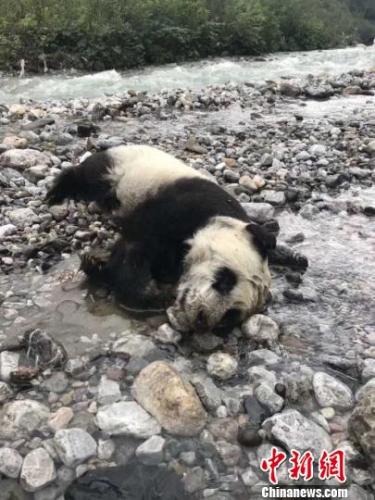